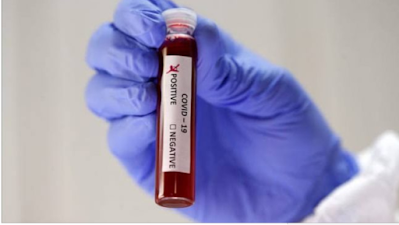 The Nigeria Centre for Disease Control (NCDC) has confirmed a new major record figure on its daily count of coronavirus infections with over 1,200 fresh cases recorded across the country.

The NCDC confirmed the new cases across 20 states and the federal capital territory (FCT) on Monday.

The new figure, which comes as the country experiences a second wave of infections, was confirmed in the agency’s update for January 4, 2021 — Nigeria’s previous highest count was 1,145 cases confirmed on December 17.

Lagos alone accounted for more than half of the new cases, with 654 positive samples, followed by FCT with 200, and Plateau with 60.

However, seven persons were confirmed to have died of COVID-19 complications on Monday, increasing the current fatality toll to 1,318.

NCDC also confirmed 655 new recoveries on Monday, and the total number of discharged patients is now 75,699 – the new recoveries included 218 persons in Lagos.

Out of a total of 91,351 samples confirmed positive so far across the 36 states and the FCT, 14,267 are currently active cases.

Lagos has the highest number of active cases with 4,712 patients; FCT has the second most infections with 4,585, while Oyo comes next with 591.