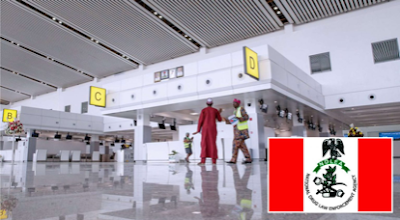 This is contained in a statement signed by the NDLEA airport Commander, Mr Kabir Tsakuwa on Monday in Abuja.

The statement signed by the agency’s Spokesman, Deputy Commander of Narcotics (DCN) Jonah Achema, said the illicit substance concealed in two suite cases was the largest single seizure by the Command.

He noted that the two unaccompanied and unclaimed suit cases were discovered after the arrival of Ethiopian Airline, ET 910 in Abuja from Addis Ababa, Ethiopia.

According to him, during the inward clearance of the flight, the vigilant officers of the Command became suspicious upon noticing that the two brief cases were abandoned on the conveyor belt without any of the passengers claiming them.

Tsakuwa directed the officers to keep an eye on the suit cases and informed the Airline and its handlers of NDLEA’s interest in the luggage.

According to him, after few days of not claiming the luggage, we formally contacted the station Manager of Ethiopian Airline and the Nigerian Aviation Handling Company (NAHCO Aviance) being the handler for the Airline, indicating the suspicion of the agency of the suitcases.

“After many weeks of no claim by the owners, we informed the Airline on the need for search to be conducted on the unclaimed suit cases.

“The Airline officials, including the baggage handler along with the Department of State Services, Aviation Security and Nigeria Customs Service were invited to NDLEA Office where the search was conducted.

“The first unclaimed suit case was searched and found with three blankets out of which two contained parcel of transparent nylon which housed whitish substances suspected to be hard drugs.

“The second unclaimed suit case contained twenty-two packet shirts, one parcel of drug was concealed in each of the shirts and covered with a blue carbon paper containing a transparent nylon.

“The substance was also field tested and proved positive for cocaine and weighed 11.150KG. The second suit case had a baggage tag with a name Nze Lusaka U. The drug seized made a total of 21.9kg,” he said.

Tsakuwa added that investigation was ongoing and that the Command was currently liaising with Ethiopian Airline to get more information in order to unravel the identity of the couriers.