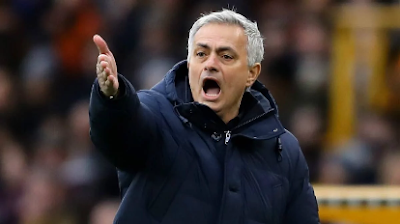 Tottenham Hotspur manager, Jose Mourinho, has denounced Premier League’s handling of the postponement of Fulham’s match due to coronavirus outbreak.

On Friday, said the “unprofessional” act could have been handled better.

After Fulham’s request, the league called off the game less than three hours before kickoff.

“I don’t want to speak too much about it. Just to say I felt (it was) unprofessional, but that is the way it was,” Mourinho told reporters.

“We were preparing ourselves for that match and of course we didn’t play, and that is disruptive of what is a week of work.

Spurs’ one point from three games has dropped them to seventh but Mourinho said he expects his side to improve.

The club will play a home match against Leeds United on Saturday.