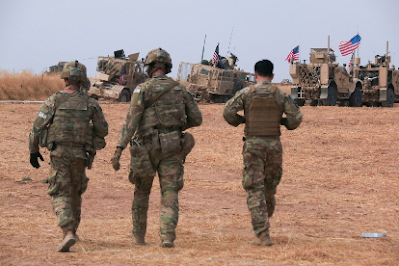 The Special Army Super Camp IV in Faskari, Katsina State has given an update on the activities of Operation Sahel Sanity in combating the menace of armed banditry and other sundry crimes in the North West region since its commencement to date.

Others he said include the destruction of 197 bandit camps and hideouts including the notorious Dangote Triangle and several bandit logistics bases which he said were equally destroyed in various operations in the year under review.

According to the Acting Director, Defense media operations, Brigadier- General Bernard Onyeuko, exercise Sahel Sanity was flagged off by the Chief of Army Staff, Lieutenant General Tukur Yusufu Buratai on 6 July 2020 as part of activities marking the Nigerian army Day Celebration 2020, to reinforce the existing Operation Hadarin Daji to effectively flush out bandits, cattle rustlers, kidnappers and other sundry criminals within the region.

Addressing newsmen from Katsina and Zamfara States at Special Army Super camp IV, Brigadier General Onyeuko said the acts of criminality orchestrated by the bandits have hitherto posed danger and threats to the peace and security of the people, crippling social and economic activities in the region.

“Since the flag off, the exercise dovetailed into a real-time operation, there is no doubt that significant improvements have been made in bringing peace and stability in the northwest region as evidenced in the massive resumption of socio-economic activities with little or no threats to lives and property”

Brigadier – General Onyeuko explained that the troops of Operation Sahel Sanity within the period under review carried out series of clearance operations, ambushes, farm and other aggressive confidence-building patrols within Sokoto, Katsina, Kebbi, Kaduna, Niger and Zamfara States.

“These have led to the neutralization of armed bandits, the capture of a large cache of arms and ammunitions, destruction of bandits enclaves, the arrest of bandits informants and their collaborators, recovery of rustled animals and most importantly rescue of hundreds of kidnapped victims from the clutches of the notorious bandits”

“The tremendous successes achieved since the operation started could not have been possible without the sacrifice, commitment and gallantry exhibited by the professional soldiers of the Nigerian army”

“In all the operations conducted from 1 July to 31 December 2020, a total of 220 armed bandits were neutralized during combat with the troops of Operation Sahel Sanity. Additionally, 73 AK 47 Rifles, one GPMG and 194 Dane guns were captured from the criminals.

“Similarly, a total of 7,761 cows, 1,867 sheep/rams and 4 Camels were recovered and given back to the owners by troops within the period. It is also heartwarming to note that, a total of 642 kidnapped victims were rescued by the valiant troops, and this includes the rescued 344 students of Government Science Secondary School Kankara. Also within the period, the gallant troops successfully foiled 165 bandits’ attacks and 81 kidnap attempts.

Brigadier General Onyeuko noted some Civil-Military Cooperation projects and activities were conducted to support some host communities within the Operational area of Operation Sahel Sanity.

He said that distribution of palliatives to locals and renovations of medical facilities at Faskari and Kaura Namoda communities in Katsina and Zamfara States respectively, Conduct of free medical outreaches and distribution of palliatives to locals and flood victims at Koko-Besse and Bagudu Local Government Area of Kebbi State and payment of compensation to farmers whose farmlands were affected as a result of the ongoing operation and due to the expansion of the Special Army Super Camp IV Faskari in Katsina State.

” It is pertinent to note that a few setbacks were recorded as a result of engagements with bandits during the conduct of operations within the period under review. Such are the regrettable loss of 2 Officers and 4 brave soldiers who paid the supreme price in the cause of defending the dignity of our people”

“After diligent review of the numerous successes achieved so far and the need to finally eliminate all the remnant security challenges within the region, the Chief of Army Staff Lieutenant General Tukur Yusufu Buratai during his last visit to Special Army Super Camp IV Faskari on 21 December 2020 graciously extended the duration of Operation Sahel sanity to last till March 2021 in order to consolidate on the gains so far achieved”

During the visit, he urged the troops not to rest on their oars but continue to sustain the tempo of the operation and dominate the entire region with confidence building patrols, ambushes, and clearance operations until the remnant bandits and other criminal elements are completely eliminated from the region”