Many people would have been in prison for corruption if Buhari’s govt hadn’t run out of steam -Prof. Wole Soyinka 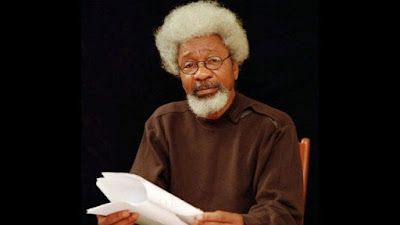 In the past months, Soyinka has been critical of the president and his policies.

While speaking on Kakaaki, an AIT programme, on Wednesday, the playwright said so many people ought to be in prison if the government is serious about the fight against corruption.

“There are so many people who should be in prison if this government had not run out of steam, and so the system is being manipulated,” he said.

“There are cases where the prosecution had reached the level where evidence had been given on governors who had been stealing and depositing in bits and pieces so as not to flout a certain regulation.

“I mean cases have been taken to that level and suddenly, silence. The EFCC, which I back solidly ever since the days of Nuhu Ribadu, in all kinds of ways, we no longer know the distinguishing from rights and left.”

In January, Soyinka had said it was best for his sanity to forget about the existence of the administration of Buhari.

He had said one must forget about the government to have a sense of balance.