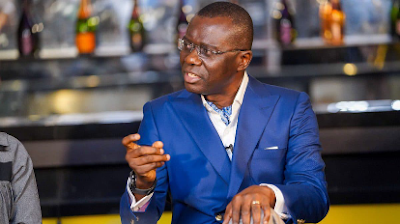 The workers were engaged between June 2020 and January 2021.

Those affected were flushed out on Monday. The state government told them to collect suspension letters from their respective departments.

The development followed an audit conducted in December 2020 after a petition to the Governor.

A source disclosed that all LASAA staff were instructed to tender their records for verification.

“We presented our credentials, appointment and promotion letters, plus other documents requested.

“We believe the Governor’s directive was an outcome of the audit. He was said to have acted on a formal complaint”, she added.

Sanwo-Olu got furious after his attention was called to the steady and unapproved increase in the agency’s salary budget and overhead.

It was gathered that the staff were allegedly recruited back-door by Adedamola Docemo, LASAA Managing Director.

“How can you bring people and place them above existing staff, not like they are more qualified or have more experience”, another source fumed.

His appointment letter was issued by Head of Service, Hakeem Muri-Okunola.

It is unclear if Docemo would be queried for allegedly recruiting staff without the Governor’s consent.