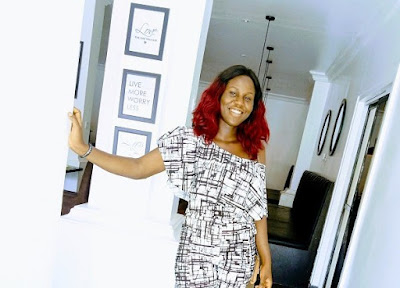 A Nigerian lady identified as Otomee has narrated how her uncle was able to reclaim his child eight years after the mother claimed that he wasn’t the baby’s biological father.

The lady brought the revelation to light in a Twitter thread on Saturday while contributing to discussions bordering on DNA tests and cheating on the microblogging platform.

Otomee said her uncle started a relationship with the lady while he was still working as a chef at a foreign restaurant in Warri, Delta state.

She said about six months into the relationship, the lady claimed she was pregnant for her uncle– a development which made the pair to kickstart their wedding arrangement.

Otomee also said that a month after, her uncle lost his job. She added that shortly after he lost the job, the lady informed her uncle that the pregnancy does not belong to him.

She said while her uncle was still battling with the trauma of losing his job as well as his relationship, the lady tied the knot with another man who was working at Chevron.

Otomee revealed that in 2018 — about eight years after the incident — her uncle got a call from the lady’s new husband to inform him that the child — a boy — was sick.

She added that the husband had thereafter requested for a DNA test upon realising that her uncle also dated the woman before he married her.

According to Otomee, the results of the test showed that the child belongs to her uncle.

She added that her uncle would later accept the lady despite what transpired against the wish of the family.

Otomee said a few months after welcoming the lady back, she dumped her uncle again.

She also enjoined people in a relationship to always consider DNA tests when the paternity of their children is in doubt.

“Worst part of everything was that my uncle accepted her, everyone in the family was against it, they told him to accept his child and do away with her but he didn’t listen,” she wrote.

“Few months later she ran off again. Don’t let anyone blackmail you with trust, run that test!”