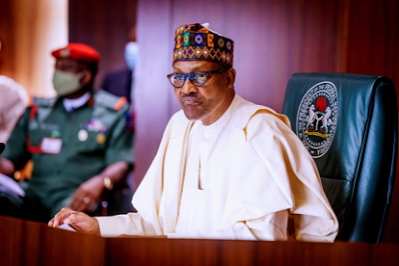 The Conference of Concerned Nigeria Elders has called on President Muhammadu Buhari to, without further delay, sack the nation’s service chiefs and appoint new ones.

According to the elders’ coalition, the growing state of insecurity across Nigeria necessitated their call.

They said it was wrong to treat the security chiefs as if they were indispensable, regretting their inability to contain insecurity in the country since their appointments.

The elders said the failure of the security chiefs to tackle banditry and insurgents has portrayed the All Progressives Congress, APC, led federal government in a bad light.

They urged Buhari to see reasons with the calls by the majority of Nigerians as well as recent resolutions by the National Assembly for the immediate dismissal of the service chiefs.

“We found President Buhari’s inaction over the sack of the service chiefs and other recommendations on security very disturbing and abnormal hence, we passionately appealed to him to rethink and save the country from further loss of lives and property,” they stated.

The Nigerian elders wondered why Buhari has remained adamant even when, according to them, the whole country is speaking in one voice calling for the dismissal of the service chiefs, adding that this is not normal.

“Nigerians are tired of the alarming insecurity in the country and the seeming inaction of Mr President in addressing the situation,” they added.

They fear that the people may have no other options but to resort to self-help if nothing was done urgently.

The elders say there is no better time than now for Buhari to let the service chiefs, who have overstayed and have even crossed retirement ages go.

They charged the President to rise to the occasion by hearkening to what they called the “voice of the majority” that new hands were needed to pilot the affairs of the country’s security architecture.

“The Conference of Concerned Nigeria Elders wishes to appeal to our dear President and Commander-In-Chief of the Armed Forces, President Muhammadu Buhari to as a matter of urgency, sack the current service chiefs without further delay.

“Our position is because we have seen that the president may lose the support of Nigerians over the embarrassing security situation we are facing if he doesn’t act fast enough,” they reiterated.

The elders said:”We are very disturbed over the president’s continued refusal to sack them despite calls by most Nigeria’s in the midst of the disturbing insecurity in the land including the home town of our president.”

According to the statement, “No part of Nigeria is safe today.”

The elders noted that most of the daily briefings the President gets on the security situation in the country from the security heads are not a true reflection of the situation on the ground.

The statement claimed that “Already, there is low morale in the military over the continued stay of the service chiefs whose tenures in their various offices have since lapsed.”