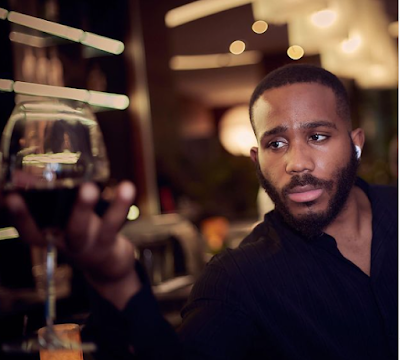 Big Brother Naija, BBNaija 2020 reality star, Kiddwaya has again stirred controversy on social media after he bragged about his achievements.

Kiddwaya has been in the news lately over his recent posts, where he brags about his connections and wealth.

His recent display of wealth and show off has now got some Nigerians talking.

Some have condemned him for showing off his father’s wealth and looking down on those working hard instead of building his legacy and brand.

However, this did not stop the reality star, as he took to his Twitter page on Wednesday to warn Nigerians not to compare him with anyone.

The Benue born rich kid believes he is not on the same level as anyone after having dinner with top guns in Dubai.

His tweet read: “After the week I’ve had. The people I’ve met. Pls don’t compare me to your favourite anymore. I think that ship has God damn sailed. “

While others saw it as a mere comment triggered by hatred from fans of other ex-housemates others trolled him.

@Usmanashafe “ Everytime “I’m not your fave’s mate” Of course we know bro. My favorite won the show and he’s having a radiant and beaming musical career right now. My fave ain’t a Kidd yeah

He is now grown and EVOLVING.THE WORLD KNOWS WHO THE WINNER IS.”

@Dollyyy “ Without your dad you have nothing, the people you look down on are at least trying to make it on their own without daddy’s help. Now those are the people worth respecting. In this life tables can turn at any time. So be humble!

@AsiwajuLerry “ Kidd was an innocent jovial young man full of fun inside the BBN house until he came outside to see the things said behind him. This is what happens to a good person when they eventually find out what people say at their back.”

@D1dynasty “ All i know is that Kidd is not the only one that gets bullied. As a star, it is normal for you to get hatred but how you handle it is what matters.”

@Megxoofficial “ Ozo handled his ish well. We trolled the man while the show was on, but he came out and became a better man, and we are applauding his wins! OZO na man!

@Kingwqle “ We all saw Kidd as a gentle person in the house but he came out of the house to move with Erica and his attitude changed.Erica influencing him with her character. Sad.”

@Roviel “ So Kidd was pretending to be one chilled guy in the House?

@DrHalima_ “ Being rich and staying humble is more difficult in this country because the society thinks you’re pretending. Kidd had to react.”

@Selfmadeceleb “ Kid I like you but arrogance isn’t good. You should know how to reply subs without flaunting wealth or looking down on the poor. Na who make heaven be the coco.”