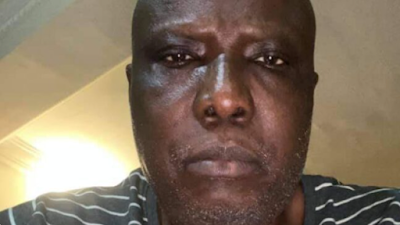 Babafemi Ojudu, special adviser to the president on political matters, says his experience with COVID-19 felt like he “knocked at the gate of death”.

Narrating his experience on his Facebook page on Saturday, Ojudu said he had attended a funeral to honour his friend, but took off his face mask for photographs.

He disclosed that he had been warned a few days before that some of his opponents were planning to harm him, but dismissed it, as he was used to receiving such messages because of his political position.

“I went to the funeral to honour my friend. As a public official, I mingled – greeting people and sanitising my hand right away. I was so busy socialising I didn’t even eat or drink,” he said.

“Then, people started coming to take photographs and selfies with me. A public servant has no hiding place in Nigeria. You must oblige your constituents. I obliged the people by taking off my mask for some of the pictures.

“I was at the party for less than 60 minutes, but I was never at ease. This was a party that didn’t feel right. I had come to honour my friend but I didn’t walk into a friendly air. A few days before, I was warned by a source that some political opponents and foes were planning to harm me at the party. A relation called my wife from London to inform her of the intelligence she picked up from a close friend in Ekiti.

“As a compulsive political hornet’s nest stirrer, I get these kinds of warning often. I don’t want rumours to imprison me. So, I often dismiss them but take security precautions. True to the information provided by my informant , I witnessed a few strange things there. A story for another day.”

According to Ojudu, he started feeling strange two days after his return to Abuja, and then he took a COVID-19 test which turned out positive.

“I returned to Abuja on Monday after another long delay at the airport by the Overland Airlines flight. Two days later, I started feeling uncomfortable. My body didn’t feel right. Dr Audiferren quickly arranged a test. Gbam! The jarring news came. Between the airports, the flights and the party, the virus found its way into my body,” he said.

“And so began my days and nights of nightmare.”

The president’s aide said during his battle with COVID-19, he suffered from headache, insomnia, loneliness, restlessness, hallucinations, lack of appetite, sore mouth and throat, difficulty in breathing, aches and pains in his joints.

“Twice within three years I knocked at the gate of death. In 2009, it was helicopter crash I survived. These are pointers that I still have more years on Mother Earth and appreciation to my creator. I am therefore rededicating myself to serving humanity,” he added.

He thanked his friends, family, and colleagues for their efforts while he was battling with the virus.

“COVID got me but God and science brought me back. My friends and family made sure I may be isolated but I wasn’t alone. The doctors performed miracles,” he said.

He also advised the general public to adhere to safety protocols put in place to curb the spread of the virus.