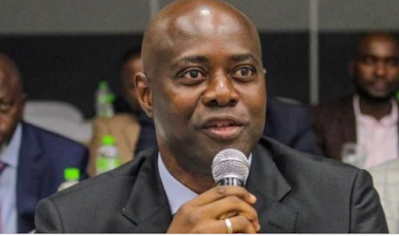 South-West PDP youths, under the aegis of PDP Youths Congress (PDPYC), has asked Governor Seyi Makinde of Oyo State to beg President Muhammadu Buhari’s son, Yusuf Buhari or Senator Bola Tinubu’s son, Seyi, to come to the PDP and lead the party at the national level.

The group said this while warning the Governor against moves to bring back former Governor of Ogun State, Gbenga Daniel to the PDP.

The youth group said by bringing in Tinubu and Buhari’s sons it will be clearer that the PDP is now completely sold to the APC.

The PDP youths said anyone begging Daniel to return to the party does not want progress in the party, describing him as a traitor.

The youth group was reacting to calls by a Governor Seyi Makinde-led delegation calling for Daniel’s return to the PDP to lead the party in Ogun State.

The PDPYC, in a statement  on Thursday, said it was funny that desperation for new allies, having lost control of the party in the South West is leading Governor Makinde to run to people like Daniel, who betrayed the PDP immediately after the presidential election.

The statement was signed by its Convener, Comrade Oluwole Durojaiye, who insisted that the South-West PDP youths will not sit back and allow Makinde bring ants infested woods into the party just because he wants new political allies.

Recall that Gbenga Daniel dumped the PDP immediately after President Muhammadu Buhari defeated Alhaji Atiku Abubakar in the 2019 presidential election despite being the Director-General of the Atiku presidential campaign.

“The question is, would Otunba Gbenga Daniel have dumped the PDP as he did in 2019 if Atiku had won the presidential election?” The group asked.

The youths further warned the Oyo State Governor to tread cautiously in his quest to sustain his rebellion against established positions of the PDP NWC and NEC.

“As far as we are concerned, Gbenga Daniel acted like a mole during

the election and it was actions of traitors like him that cost PDP that election. As at today, all his right-hand men are in APC.

“Presently, his hotel in Abeokuta is where APC activities do hold and he was still in a meeting with Governor Dapo Abiodun a few days ago,” they said.

The youths said Governor Makinde should rather go in search of Governor Dapo Abiodun or Senator Ibikunle Amosun and beg them to come and lead PDP.

“Also, Governor Makinde should go a step further by going to beg President Muhammadu Buhari’s son, Yusuf or Senator Bola Tinubu’s son, Seyi, to come to the PDP and lead the party at the national level so that it will be clearer that the party is now completely sold to the APC.”