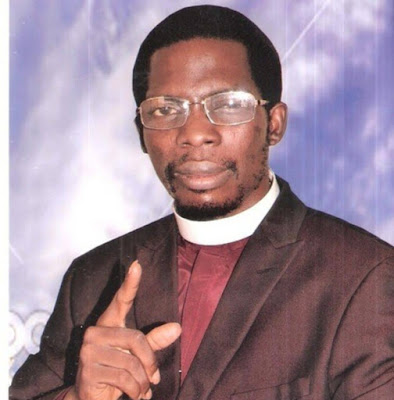 Apostle Paul Okikijesu of the Christ Apostolic Miracle Ministry, said there are secret plots to ruin the administrations of Governors Obaseki and Akeredolu.

“Thus saith the Lord: I the Lord wants to walk with them in order to destroy secret plots and the covenant of the hosts of hell. Some people are bent on ruining their governments and causing chaos,” he said as part of the prophecies he forwarded on Saturday.

“They are presently taking steps to achieve this goal, between January and March 2021; the step will be severe.”

“They need knowledge, intelligence and vigilance; because those who wanted to ruin their governments are not handling the issue with levity.”

Speaking on Governor Yahaya Bello of Kogi State, the cleric said, “Thus says the Lord of hosts: Inform the Governor of Kogi State that his government needs prayer during this period; starting from January 24th until March 22nd, 2021.

“Some people are planning to ruin his government, and sue him in a court of law in a manner that can tear apart his government. Certain people will rise to bring charges against him, which may lead to impeachment.

“If he handles this issue with frivolity the event will happen. So that the looming crisis will not burst in February 2021 which can lead to trouble and his impeachment in March 2021.

“Certain people are relating to him with deception, so he should be wise because his government will be shaken between February and April 2021 because some people are plotting to ruin his government and overturn it.

“This incident will happen. The crisis will shake his administration between February and March 2021, and it will make people to despise/hate his government in April 2021.”

On Governor Bello of Niger State, the prophet said that the state needs urgent prayers because, “Certain storms and looming crises will plague and seriously shake his State,” between February and May 2021.

“Because Satan is planning to use the hosts of hell (the terrorists) to wreak havoc in this State between February and May 2021.”