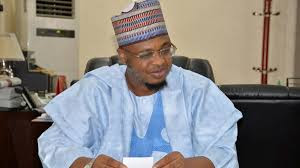 Nigeria’s Minister of Communications and Digital Economy, Isa Pantami, has said that up to seven SIM cards can be linked to one National Identification Number (NIN) on the National Identity Management Commission (NIMC) Mobile App launched recently.

Pantami stated this while speaking on Channels Television’s Politics Today on Friday.

According to him, the ministry and NIMC are working on transforming the NIN enrolment process and the subsequent linkage to SIM cards as required by the Nigerian Communication Commission (NCC).

“We developed an app, when you go online, you will see it.

“That app, as long as you have your NIMC number, you will only download it without visiting any office. You will be able to link up to seven SIM numbers to only one.

“I have already downloaded the app, launched the app, and already linked some of my numbers immediately. This is part of digitalisation,” he said.

The Federal Government had announced that telcos subscribers with NIN have January 19 as deadline to link their NIN with their SIM cards, while subscribers without NIN have until February 9 to do so.