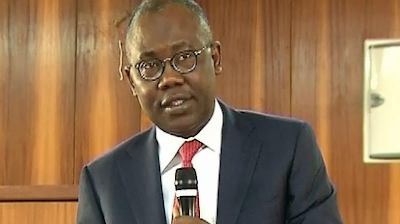 Former Attorney General of the Federation (AGF) and Minister of Justice, Mohammed Adoke, is stranded in the United Arab Emirate (UAE), after he tested positive for COVID-19, Mr Kanu Agabi, SAN, told a Federal High Court in Abuja.

Agabi, a counsel to Adoke, told Justice Inyang Ekwo in the alleged money laundering trial filed against him and a businessman, Aliyu Abubakar, by the Economic and Financial Crimes Commission (EFCC).

Recall that Adoke was granted the permission to travel abroad for medical checkup on Dec. 11, 2020.

The judge, who ordered the release of the ex-AGF’s international passport to him, gave him the permission to travel between Dec. 15 and return on Jan. 10, 2021, a day before the scheduled resumption of trial.

However, at the resumed proceeding, Adoke was not in court.

Agabi told Justice Ekwo that his client tested positive to the virus at the point of his return to Nigeria, and was subsequently held back by the UK authorities.

The lawyer further told the court that Adoke later tested negative to the coronavirus after his treatment but was unable to get flight to the country as ordered by the court.

“My lord, let me apologise to you that the 1st defendant in this matter, Mohammed Bello Adoke, is not in court today due to circumstances beyond his control.

“I thank this court for granting him permission to travel abroad for medical examination.

“Before Adoke left this country, he tested negative. But unfortunately while in the UAE, he tested positive at his point of his return to Nigeria.

“However, he is now negative after the treatment, but he was unable to get a flight to the country. Happily, he will return tomorrow, January 12, 2021,” he added.

Agabi informed that an application dated Jan. 4 and filed same day, seeking for an extension of time to avail the 1st defendant of the opportunity to take care of himself had already been brought before the court.

He then prayed the court to extend the time within which Adoke would be allowed to appear in court for continuation of his trial.

The senior lawyer, however, assured that the former minister would make himself available for his trial in the next adjourned date.

Also, the prosecution counsel, Bala Sanga, did not oppose the adjournment plea either.

Justice Ekwo adjourned the matter until March 1 to March 4 for continuation of trial, NAN reports.