EPL: Lampard speaks on getting ‘sacked’ at Chelsea after 3-1 defeat to Man City 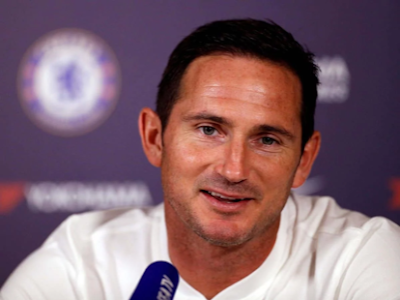 Chelsea manager, Frank Lampard, has insisted he is “unconcerned,” by speculation surrounding his future at the club and his only focus is turning around their slump.

The Blues have now won only one of their last seven matches in all competitions, after losing 3-1 to Manchester City on Sunday.

Ilkay Gundogan, Phil Foden and Kevin De Bruyne all scored in the first half at Stamford Bridge, to hand the former champions complete domination of the game.

Chelsea have now slipped to 8th place in the table, with reports emerging claiming the club is considering firing Lampard if the team’s poor performances continue.

When asked about the mounting pressure on him, Lampard said: “I’m not concerned on that point.

“I expected periods of difficulty this year. I said it when we beat Leeds and everyone was championing us to be title contenders. I know that it doesn’t come that easy, I know where we’re at.

“Whether it puts pressure on me is regardless. Because a month ago, everyone was asking when I would sign a new contract, and now people will be saying different things because over a tight, busy period, we’ve lost four games of football.”