EPL: I played against Arsenal while drunk – Rio Ferdinand 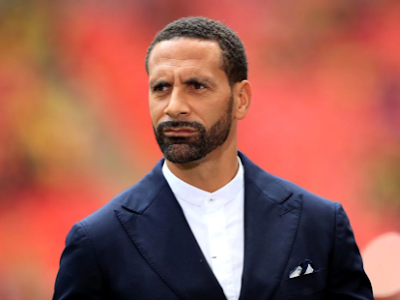 Former Manchester Umited star, Rio Ferdinand, has revealed that he once played against Arsenal while drunk at West Ham.

Ferdinand said although he was part of the travelling squad to Highbury, he was certainly not in the matchday squad.

Ferdinand said he was only 17 at that time and did not expect himself to be named in the squad so he went up to the bar and started drinking.

He was, however, shocked when he summoned down to the changing room after one of the listed players, Paulo Futre stormed out of the ground refusing to play.

The former England international was drafted into the squad, much to his shock and surprise.

“I was at West Ham and I was in the squad and did not get changed, so went up to the bar and had three brandy and cokes,” Ferdinand told The Mo Gilligan Podcast.

“Then the kit man came and said ‘you’ve got to get changed’… as I had a brandy and coke in my hand.

“So I was like, oh. I put it down and have had three brandy and cokes and need to go play at Highbury. What’s going on?

“So I was brought down into the squad and then I came on. I was on the bench thinking please don’t bring me on. ”

Ferdinand went on to play 15 minutes in that game as he was introduced when West Ham was already 2-0 down.

Arsenal defeated West Ham 2-0 in that match with Ferdinand entering the play with the Hammers already two behind.

The former England centre back later left West Ham and joined Leeds United on a record transfer fee of £18 million.

The centre-back moved to Old Trafford in July 2002 for another £30 million fee.