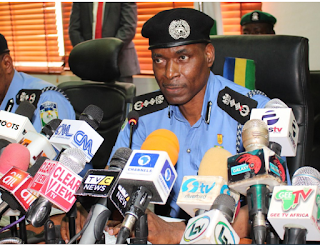 The Inspector-General of Police, IGP, Mohammed Adamu, has revealed that most of the Nigerian youths who protested, calling for the disbandment of the Special Anti-Robbery Squad, SARS, want to join the police force.

Adamu said this when he appeared on Channels Television on Monday evening, where he also warned hospitals against letting patients with gunshot wounds die because of police reports.

The IGP said the youths want to join the force because “the service the police provide is a service of God.”

“The youths who participated in the #EndSARS and the rest of them, many of them want to join the police.

“Many of them will come and say, ‘Please, we want to join the police,’ because the service the police provide is a service of God.”

The Inspector General of Police further warned hospitals demanding for police reports before treating patients with bullet wounds to desist from doing so.

According to him, the hospitals must save life first before thinking of any other thing.

“Save life first… lives must be saved first before thinking of any other thing to do…there is no issue of asking for any police report before you treat anybody with gunshot wounds,” he warned.