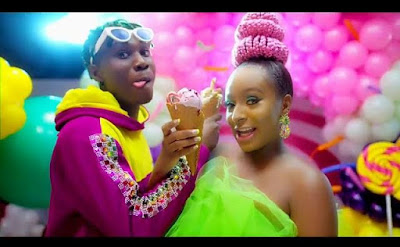 Billionaire daughter and disc jockey, Florence Otedola aka DJ Cuppy lamented on how singer Zlatan Ibile blocked her on WhatsApp and Instagram.

A 10 months old case that according to her seems to be an escalation and yet she doesn’t know what happened and why.

In a tweet she made few hours ago, she stated how Zlatan blocked her off on WhatsApp and Instagram. She said that this happened while they were still friends and in good terms and that she is yet to understand why he did that.

She also recalled the single track she made with Zlatan, ‘Gelato‘ and how it turned out to be a hit and yet despite all these, Zlatan blocked her off.

10 months later and I sometimes still wonder why @Zlatan_Ibile blocked me on WhatsApp and Instagram without ever saying why; we were actually friends 🤷🏽‍♀️ ...AND “Gelato” was a hit!