Deji Adeyanju under fire for dragging ex-Chief of Army Staff, Buratai to ICC 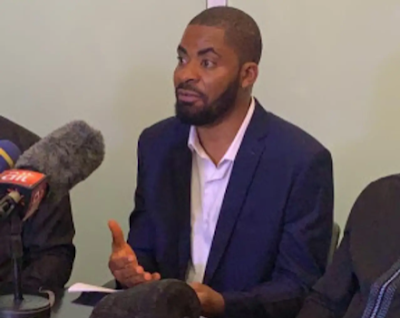 The Concerned Citizens Forum has frowned at a petition written by the Concerned Nigerians Group-led by Deji Adeyanju to the International Criminal Court (ICC), calling for the arrest and prosecution of the immediate past Chief of Army Staff, Lt. Gen. Tukur Buratai.

CCF described it as very worrisome and lacking in any form of objectivity as the issues canvassed by the Adeyanju-led group remained a figment of his imagination.

The group in a statement by its president, Comrade John Alli, advised Adeyanju and “his co-travellers to stop insulting the sensibilities of Nigerians any further for the task at hand requires all the urgency that it deserves.”

CCF challenged Adeyanju and his group to provide tangible evidence that human rights were violated and the Nigerian Army committed war crimes under the stewardship of the immediate past Chief of Army Staff.

His statement reads: “Our attention has been drawn to a letter written by a shadowy and sponsored group under the nomenclature of Concerned Nigerians Group and led by one Deji Adeyanju, to the International Criminal Court, demanding for the arrest and prosecution of the immediate past Chief of Army Staff, Lt. Gen. Tukur Buratai for human rights violations and crimes against humanity while he was in office.

“The Concerned Citizens Forum finds such posturing very worrisome and lacking in any form of objectivity as the issues canvassed by the Deji Adeyanju led group remains a figment of the imagination.

“It is circumspect to state that Deji Adeyanju and his co-travellers would not relent in their puerile attempt at demonizing the laudable achievements of the immediate past Chief of Army Staff while he was in office in apparent exchange for a plate of porridge.

“The Concerned Citizens Forum does not hold brief for the immediate past Chief of Army Staff, neither have we been mandated to do such, however as a body that has been in the vanguard of the entrenchment of the tenets of democracy in Nigeria for several years, we find such actions by the Deji Adeyanju led Concerned Nigerians Groups as an insult to the sensibilities of Nigerians.

“It is our considered view that well-meaning Nigerians should not entertain such anomaly because of the larger consequences on the democratic journey in Nigeria, which has been under constant attack.”