Davido shares childhood letter he wrote to his late mum 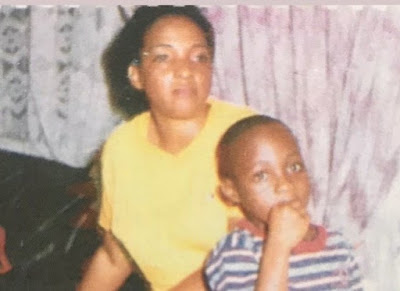 David Adeleke, an Afropop singer better known as Davido, has shared a letter he wrote during childhood to Veronica Adeleke, his late mother.

The multiple award-winner took to his Twitter page on Wednesday to share a picture of a crumpled sheet of paper wherein he had expressed his affection to her as a child.

Veronica is believed to have passed away from cardiac arrest on March 6, 2003. Before her demise, she was a lecturer at Babcock University.

In the touching note, Davido had written: “Sweet mother, how much I love you. Save to me, despite my stubbornness, you care there to correct me.

” I miss your warm hugs, lovely kisses, and your lovely smile. You are a rare mother. You are one in a million. You will always be on my mind. Rest in peace.”

The ‘Assurance’ crooner had earlier recounted the tragic incident, saying: “I was about 10 to 11 years old when she died. She died on my father’s birthday.

“One thing I always wish for is that she should have been alive. I would have bought her a lot of diamonds and houses but she knew that I was going to be great.

“My mother was from Benin. I think I’m like her; I inherited her agility. She helped so many people to date, I go to some places and people would tell me what my mother did for them.

“Before my mother died, I was a mummy’s boy because my father was always busy. He was working and always traveling to places like China.”