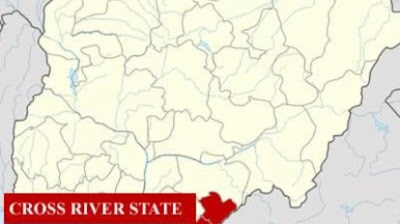 Protesting Magistrates in Cross Rivers have vacated the entrance of the governor’s office, three days after they commenced agitations for the non-payment of their two years salaries.

The magistrates who had been dressed in their official regalia while blocking the Governors’ office, had claimed that the state employed them two years ago but refused to pay their salaries.

However, Governor Ben Ayade had insisted he did not order their employment.

The Magistrates had created a scene at the protest ground after one of them fainted and was resuscitated by his colleagues and staff of the Governor’s office.

However, a statement by the leader of the magistrates, Solomon Abuo said they decided to suspend the protest for the payment of their 24 months salaries to enable the state government act on their demands.

“Following our meeting yesterday, with the Cross River State government, chaired by the Attorney General & Commissioner for Justice, even though the meeting ended in a deadlock but, after a closed-door meeting with the AG where we were assured that the government would look into our demands with a view to resolving them by the end of this month.

“We have decided to suspend our protest for the payment of our 24 months salaries until January salaries are paid to enable our state government to fashion out modalities & do everything necessary on their part to ensure that our salaries are paid.

“It should be noted that the suspension of our protest is a further show of good faith by us to give our state government the benefit of doubt to resolve this issue amicably by paying us our salaries failing which, we shall resume our protest in earnest.

“We wish to once again appeal to our governor, Prof Ben Ayade, to consider our plight, sufferings & the negative impact this non-payment of our salaries has on our morale to do our job diligently to as a matter of urgency & for the sake of our families & the administration of justice in our state give the necessary approvals for us to be pay rolled and paid our 24 months salaries” the statement stated.