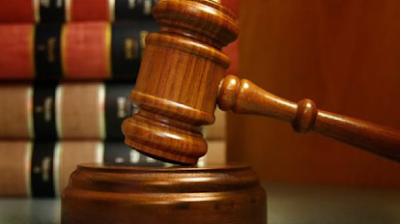 A 40-year-old man, Taofeeq Adepoju has been arraigned before an Osogbo Magistrates’ Court for allegedly defrauding 186 persons.

The accused person was alleged to have defrauded people to the tune of over N45, 293, 916.

Adepoju allegedly committed the offence between the year 2012 and July 2015 in Osogbo.

Police prosecutor, ASP Abiodun Fagboyinbo told the court that the accused person conspired with bank officials, standing as a middle man to acquire a loan for 186 persons, knowing it was a false pretence and with intent to defraud.

The 186 persons defrauded on the pretence of repaying the loan secured for them are staff of Irepodun Local Government Area of Osun state.

The accused person who is facing a four-count charge pleaded not guilty to the allegations slammed against him.

Defence counsel, S.P Ogundari, prayed the court to grant his client bail in the most liberal terms.

The magistrate said the accused person must provide two sureties, that are civil servants not below level 15.

She thereafter adjourned the case till February 9, 2021.