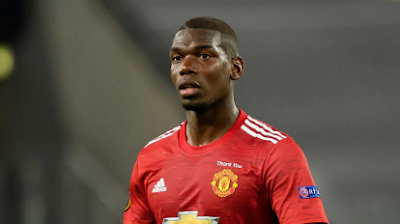 Manchester United midfielder, Paul Pogba, has urged his teammates to learn from their Carabao Cup semi-final 2-0 defeat against Manchester City on Wednesday night.

Pogba said he was disappointed because it was not the first time Man United is losing a semi-final clash against Man City, adding that Ole Gunnar Solskjaer’s side has to do better going forward.

John Stones and Fernandinho scored the two goals for Pep Guardiola’s side against Man United at Old Trafford.

“Yeah, of course (I was disappointed to lose yet another semi-final), because it’s not the first one as well against City at home,” Pogba told MUTV.

“So we are disappointed with the result obviously and with the two goals on set-pieces then after it can go both ways.

“We lost today, and it’s not the first one like I said. It’s very annoying to lose because there is always a trophy behind all this and we have to do better.

“We have to do better for sure.”

Pogba added: “Details make the difference all the time and you know when it’s a big game like this, details, set-pieces, we lost on this.