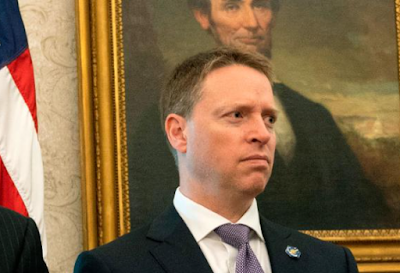 Pottinger told people there was very little for him to consider, the person said. Bloomberg was first to report that Pottinger had resigned.

Several of Trump’s top national security aides — including national security adviser Robert O’Brien — are considering resigning in the wake of his response to a day of chaos and violence, according to multiple sources familiar with their thinking, CNN reports.

Deputy chief of staff Chris Liddell is also considering resigning, according to the sources.

Earlier Wednesday, O’Brien took the unusual step of defending Vice President Mike Pence, as Trump has been consumed by the vice president’s refusal to do his bidding instead of the mob that breached Capitol Hill. O’Brien said Pence showed courage as Trump lambasted him.

“I just spoke with Vice President Pence. He is a genuinely fine and decent man. He exhibited courage today as he did at the Capitol on 9/11 as a Congressman. I am proud to serve with him,” O’Brien said

O’Brien, Pottinger and Liddle did not immediately respond to requests for comment.

The President is being lambasted by his own party for his response to the day’s events, including egging on his supporters and then justifying their riot in the US Capitol.

Earlier on Wednesday, Trump told a crowd of supporters gathered on the Ellipse near the White House that he planned to march with them to the Capitol building.