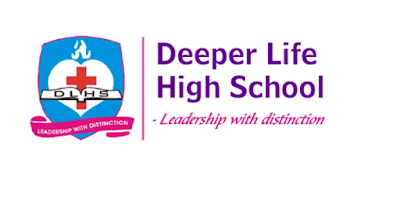 The police in Akwa Ibom State are preparing to arraign some officials of the Deeper Life High School over the alleged sexual abuse of an 11-year-old student of the school in Uyo.

Some officials of the school were said to have been detained after attending a meeting at the police headquarters, Uyo, summoned by the Commissioner of Police, Andrew Amiengheme.

David Okokon, lawyer to the parents of the boy said to have been sexually abused by two senior students of the Deeper Life High School, disclosed, Wednesday morning, he would be in court today for the arraignment.

“They (the police) are arraigning those people found culpable, this morning,” said Mr Okokon who flew into Uyo from Abuja for the case.

It is unclear for now how the police carried out their investigations, the extent of individuals’ culpability and what charges the police would file against the suspects.

The police spokesperson in the state, Odiko MacDon confirmed on Wednesday morning, that the police were preparing to arraign “those found culpable”.

Mr MacDon, a superintendent of police, also confirmed the arrest and detention of some of the school officials.

“This morning, we are trying to tidy up (investigation), we are dotting our i’s and crossing our t’s,” Mr MacDon said. “If we are not through this morning, they will be arraigned tomorrow.”

The victim’s mother, Deborah Archibong, said some senior students of the Deeper Life High School sexually abused her son when the school authorities switched him from his dormitory to another dormitory filled with senior students.

“They will remove his boxer and push their legs and hands into his anus,” Mrs Archibong said in a video which has gone viral on Facebook and Twitter.

“Look at a child I sent to school, he came back with a broken anus,” she added.

Mrs Archibong said her son was frequently starved and beaten up by the senior students.

The Deeper Life High School is owned by a Pentecostal church, The Deeper Christian Life Ministry.

The school trended on Twitter a few days ago over the case, with several Nigerians calling on William Kumuyi, a pastor and founder of The Deeper Christian Life Ministry, to ensure that the victim gets justice.

“We will like to state that Deeper Life High School stands on the core values of integrity and uprightness and will not attempt to cover up any immoral act under any guise,” Thelma Malaka, the school’s education secretary, who spoke through a video uploaded on Twitter, said of the sexual abuse allegation.

“We have unflinching confidence in our God to resolve the issue such that at the end the truth will ultimately prevail,” she said.

The school suspended the principal of the embattled Uyo campus and launched an investigation.