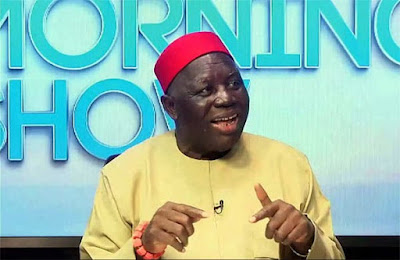 Obiozor emerged in an election held at Dan Anyim stadium in Owerri, the Imo state capital, on Sunday.

This is as other candidates for the position of the President General boycotted the election.

Meanwhile, one of the leading contestants for the post of Secretary-General of Ohanaeze Ndigbo, Chief Chuks Ibegbu, has announced his withdrawal from the election.

Ibegbu, who is the outgoing Deputy National Publicity Secretary of the body, lamented that the election process was faulty and lacked proper democratic rules of engagement.

He said, “Following obvious distortion of the proper democratic rules of engagement and feeling the pulse of the Igbo Nation, I hereby exclude myself from the Nwodo led Ohanaeze election.

“Though I purchased the nomination form at an unacceptable sum of N300,000, regrettably the process was full of manipulation and the outcome would not be acceptable to Ndigbo.”