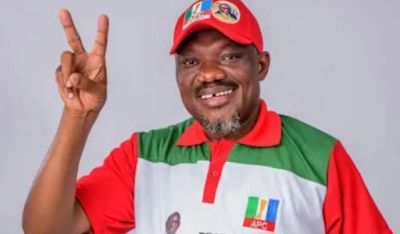 A high court in Edo state has nullified the candidacy of Audu Ganiyu, running mate of Osagie Ize-Iyamu, candidate of the All Progressives Congress (APC) in the September 19, 2020, governorship election.

A Peoples Democratic Party (PDP) chieftain had filed a suit against Ganiyu whom he said was not qualified to contest the election.

He had asked the court to disqualify Ganiyu on the grounds of “giving false information” to the Independent National Electoral Commission (INEC).

Delivering judgment in Benin, the state capital on Wednesday, Courage-Ogbebor, the presiding judge, held that Ganiyu presented false information to INEC in his Form EC9.

In December, a federal high court in Abuja had disqualified a suit which sought the disqualification of Ganiyu in the election.

The Action Democratic Party (ADP), which filed the suit, had alleged that Ganiyu presented forged documents to INEC.

Godwin Obaseki, candidate of the PDP, had defeated Ize-Iyamu in the election.