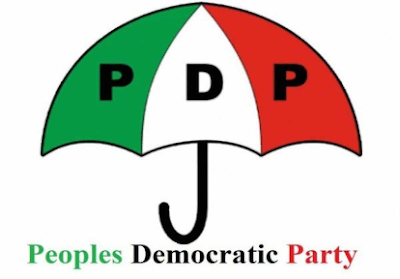 The Peoples Democratic Party, PDP, Ebonyi State has said Governor David Umahi should be blamed for the total collapse and alleged death of the Ebonyi State University.

The caretaker chairman of the party, Chief Fred Udogu made this allegation while speaking with journalists at his office in Abakaliki.

Udogu accused Governor David Umahi of running the government as his family business.

“The government of Ebonyi State is run as a private business of one man and his immediate family. If you people look at what is happening in the state today, you will see that nobody who contributed to David Umahi’s becoming governor is still with him today.

He further commended stakeholders and the citizens of the state for their ability to condone Umahi’s alleged overbearing influence, which according to him would have plunged the state into hostilities.

“I appreciate our people for condoning the lots of things happening in Ebonyi State. If not for people like Ebonyi, there would have been unimaginable hostility in the state, but our people are very docile. The system was terrible, and the government was something else.

He also accused the governor of not following the blueprint designed by the founding fathers who fought for the creation of Ebonyi State.

“If you look at the entire state, you see that people who are from other states will think that work is ongoing but I tell you, nothing is happening. The project he is doing has nothing to do with the blueprint designed by those who contributed to the creation of Ebonyi State.

Udogu further alleged that there is a high level of fraud in the processes of giving loans to the people of the state.

“Look at the works and Agric sector, and that of the frauds surrounding the process of getting loans. You will ask people to apply for a loan and collect 20percent interest and after you will give the loan to two or three persons, and you will claim that you have giving loans to people” he stated.

In a swift reaction, Umahi who spoke through the Commissioner for Information and State orientation Uchenna Orji called on the citizens of the state to disregard the allegations.

“The Governor of Ebonyi State, Engr. David Umahi has no time for lies by such politicians.

“Let them know that He that is in our Governor is greater than he that is them and so we are not perturbed by their antics.

“Let them know that our Governor is by all standards a model of good governance whose fame in Human Capital and infrastructural Development is being celebrated across the nation” he stated.