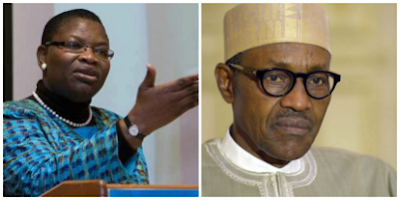 Dr. Oby Ezekwesili, a former Minister of Aviation has mocked the government of President Muhammadu Buhari after the Armed Forces Remembrance Day pigeons refused to fly on Friday.

The pigeons often used to mark the day in the history of the event, on Friday refused to fly even after they were nudged and their cage opened.

The incident has since sent Nigerians speculating, as some attributed the birds’ behaviour to bad luck and the absence of peace and unity in the country.

In her reaction, Ezekwesili tweeted, “The pigeons will at least not be attacked for their effective civic disobedience.

“They will also not be told by scoundrels of patriotism to relocate just because they pointed out evident facts of Bad Governance in their country. Thank God for small mercies.”