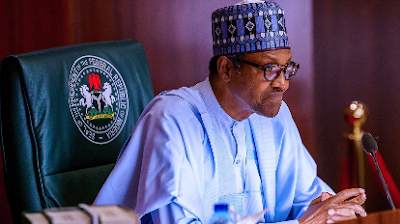 An Igbo socio-political group, World Igbo Peoples Assembly, (WIPAS), has called on President Muhammadu Buhari-led federal government to appoint an Igbo man as the next Inspector General of Police, IGP.

This is as the tenure of the incumbent IGP, Mohammed Adamu gradually comes to an end.

The Igbo group also lauded the appointment of Major General Leo Irabor as Nigerian Chief of Defence Staff, and expressed deepest confidence that the new Defence helmsman would use his wealth of experience, coupled with the untiring efforts of government and security agencies, to end the myriads of security problems threatening the unity of Nigeria.

WIPAS posited that notwithstanding General Irabor’s meritorious appointment, there is an orchestrated attempt to shortchange the Igbo of South East by the powers that be.

The Igbo sociopolitical organization, made the call in a press release signed and issued to newsmen by the Chairman of the Board of Trustees, BoT, Mazi Chuks Ibegbu on Saturday.

According to the World Igbo Peoples Assembly, “each time opportunities at the centre arises, effort is made to deny it the Igbos of South East. We don’t know why this is so, but it has got to stop.”

On the conflict between the Eastern Security Network, ESN, and the Army, WIPAS lamented the death of innocent persons at Orlu and advised the army to obey the rules of engagement rather than looking for trouble with the ESN.

The Igbo Assembly advised the Eastern Security Network, ESN, to be calm and avoid any action that will detract it from its set goal of ensuring sanity in the forests in the east.

On 2023 Presidency, the Igbo group advised all the political parties to zone its presidential seat to Igbo land and south east in particular.

WIPAS asked all persons aspiring for the position outside Igbo land to rescind the decision in the interest of the nation.