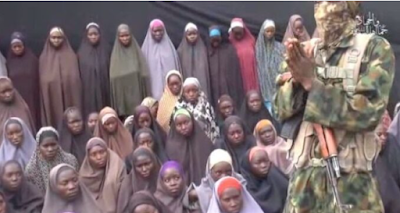 Hauwa Halim Maiyanga, one of the abducted Chibok schoolgirls, has been rescued.

Maiyanga is one of the girls abducted when Boko Haram insurgents attacked the Government Girls’ Secondary School (GGSS) in Chibok, Borno state on April 14, 2014.

The girls were preparing for their final examination when the insurgents stormed their hostels in the middle of the night.

The incident was followed by a global outcry that birthed the #BringBackOurGirls Movement, and with the continued effort of the military, 103 of the girls were subsequently rescued.

A military source disclosed Maiyanga’s rescue follows a series of operations ongoing in the region where hundreds of captives are being freed.

“For a month now, troops have been bombarding the Sambisa forest and Boko Haram hideouts in the operations Tura Takaibango and Lafiya Dole, and many civilians are being rescued,” he said.

“When the enemies are neutralised, those they have captured regain freedom. The Chibok girl is one of those that has been freed, after her captors hideout was cleared. There are many other girls, we are still trying to find out where they were stolen from.”

A Chibok resident who also conformed the development said, Maiyanga parents have been briefed and will soon be on their way to the Operation Lafiya Dole theatre command at Maimalari Barracks in Maiduguri, the state capital.

“She is currently been examined and given medical treatment at the army hospital there,” the source said.

Sagir Musa, army spokesperson, was yet to respond to a message seeking reaction over the development.