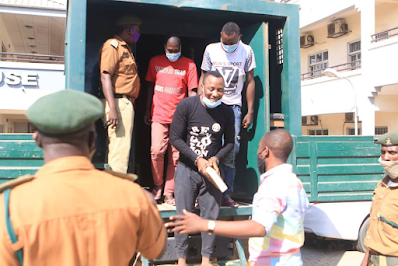 Global human rights organisation, Amnesty International has condemned the arrest of the convener of the #RevolutionNow movement, Omoyele Sowore, and four others.

In a series of tweets on Saturday, it called for the immediate release of the activists and demanded that the charges against them be dropped.

The group said Sowore and others were unlawfully arrested on Friday last week for peacefully exercising their rights to freedom of assembly and expression.

It accused the Nigerian government of using delay tactics to frustrate the bail applications of the activists who have spent eight days in detention.

According to Amnesty, the detention is arbitrary and has shown a continued pattern of repression by the authorities.