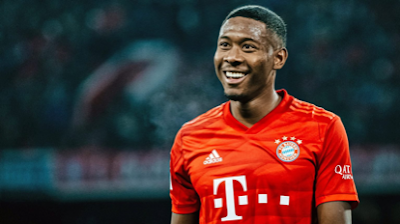 This was disclosed by football transfer expert, Fabrizio Romano, on Monday night.

According to Romano, Alaba’s dream was to play for Real Madrid in the future.

“David Alaba’s dream was always to play for Real Madrid. The pre-contract is ‘almost ready’ and agreed since the first days of January when Real were leading the race. #LFC and #PSG made their bid in December.

Alaba has drawn the interest of Real Madrid, PSG, Liverpool, Juventus, Chelsea and Inter Milan in the past few days.

His current contract with Bayern Munich will expire at the end of June 2021.

The Austrian international recently turned down a £200,000 a week contract extension to remain at the Bundesliga champions.

The 28-year-old was permitted by the Champions League to discuss moves with other clubs after he turned down the club’s last offer.