2023 presidency: APC reveals how, when its zoning formula will be decided 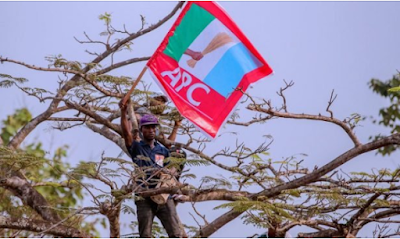 The All Progressives Congress, APC, on Thursday disclosed how its zoning formula, ahead of the 2023 presidential election will be decided.

Yekini Nabena, former National Publicity Secretary of APC said the party would decide on its zoning formula for 2023 elections after critical stakeholders meet.

Nabena, in an exclusive chat with Dailypost, said: “Definitely there is going to be zoning, but the critical stakeholders will meet in every zone before the final decision will be taken. Mind you some people are just heating up the polity because of what they stand to benefit.

“I know that before anything will start they, critical stakeholders, in every zone will meet after which they will come up with their zoning formula.

“My advice is Nigerians should be patient for this arrangement to be done so everybody will know where to key into but for now allow the critical stakeholders and leaders to meet and agree on the zoning pattern.”

Meanwhile, the Peoples Democratic Party, PDP, had said the ongoing discussion on zoning of the 2023 presidential election in the APC was an indication of Buhari’s failure.