Why we invited Buhari- Reps spokesperson 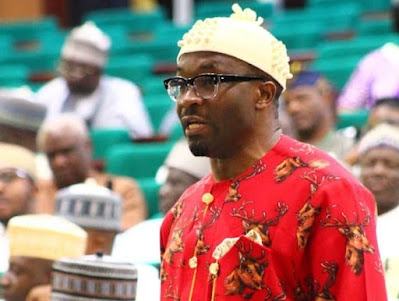 Rep. Benjamin Kalu, spokesperson for the House of Representatives says the invitation extended to President Muhammadu Buhari was not aimed at ridiculing him over security matters.

Kalu who said this while speaking with newsmen on Thursday in Abuja said that the President was rather invited for engagement with the house on ways to address security challenges in the country.

He said that the idea of the invitation was to have a feedback mechanism on the security situation in the country, adding that the partnership established by the 9th assembly with the executive would be sustained.

He, however, said that since Nigeria was operating a democracy hinged on party supremacy, the president can decide to follow the advice of his part on any issue.

“The President is not more powerful than the party, but if he took a decision and his party took another, he must oblige the party,” he said.

Kalu said that the house did not act in error by inviting the president, adding that the house had the right to investigate issues bothering the country.