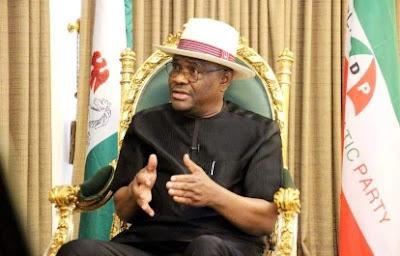 The Rivers State Governor, Nyesom Wike has said his counterpart from Benue State, Samuel Ortom won’t return to the All Progressives Congress, APC.

Wike explained that Ortom won’t return to APC because he almost died during his time with the party.

He spoke on Tuesday while commissioning road projects completed by Ortom’s administration in Makurdi and Guma Local Government Areas.

The governor insisted that Ortom will remain with the Peoples Democratic Party, PDP.

According to Wike: “One of the reasons I came today is to dispel the rumours that Ortom is going back. We will continue to stand together though we might be denied what is due us and intimidated but it will come to an end.

“Today, in this country, there is total insecurity, and people are saying Governor Ortom is going back to a party where he nearly died.

“No man digs his own grave. God brought him out of the wilderness and some people are saying that he is coming back. Coming back to where?”