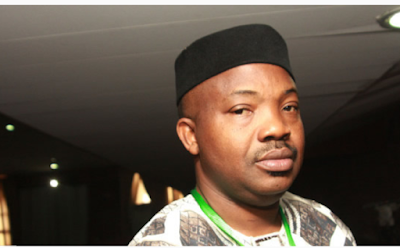 Yoruba socio-political group, Afenifere, says it declared support for the Peoples Democratic Party in the 2015 and 2019 presidential elections due to promises by its candidates that they would restructure the country.

The National Publicity Secretary of the pan-Yoruba group, Yinka Odumakin, made this known on a PUNCH interview programme, on Wednesday.

He said this when asked if Afenifere had turned to an arm of the PDP.

Goodluck Jonathan and Atiku Abubakar, who represented the PDP in the 2015 and 2019 presidential elections lost to Muhammadu Buhari of the All Progressives Congress.

Barely two years to the 2015 presidential election, four opposition parties merged to form APC in a bid to boost their candidate’s chances of defeating the incumbent President Jonathan.

The four merging parties are the Action Congress of Nigeria, All Nigeria Peoples Party, All Progressive Grand Alliance, and Congress for Progressive Change.

But Odumakin defended Afenifere’s position and reason for supporting PDP on two occasions, explaining that PDP was not the only party that the pan-Yoruba group had declared its support for.

Responding to why the party supported PDP in the 2015 and 2019 presidential elections, Odumakin said, “In 2007, Afenifere endorsed Buhari as the presidential candidate of ANPP. So, whoever we endorse at any election is a function of what they represent.

“When Afenifere endorsed Buhari, he was saying that supported restructuring. On the two occasions (2015 and 2019) that Afenifere has endorsed PDP, the party stood on the question of restructuring. It is not about the party, it is a function of what they said they would do that tallies with what we believe in.”

On whether the group would support Jonathan if he chooses to contest for president in 2023, the Afenifere spokesperson said, “As I said, when the time comes, we will look at all the parameters and take a position. Afenifere is not afraid to take a position. and we will give reasons why we believe the candidate is the best.”