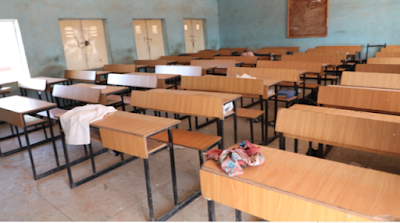 One of the students from Government Science Secondary School, Kankara in Katsina state who escaped from his abductors has narrated his ordeal in their hands.

The parents, about 30 of them, have continued to keep vigil at the school in the hope of getting some news about their children.

About 333 schoolboys were confirmed missing by the state government, though it later announced that 17 of them have been found.

A source at the school disclosed that some of the schoolboys who escaped during a headcount by the gunmen in the forest, said 520 of them were counted.

The escaped schoolboy said they were beaten like cattle and made to eat wild leaves as well as drink from dirty brooks used by grazing animals.

The parents of the abducted schoolboys have asked the state government to release names of the 17 students who it said were found shortly after the attack.

Aminu Masari, governor of Katsina, had said the government was in touch with the gunmen, and that 17 of the schoolboys had been found.

Bashir Hamisu, one of the parents who spoke with TheCable and whose son Mujahid Abdul, 12, was abducted, said they heard 17 students were found, but that they were yet to know who they are.

“We are yet to see or hear from the students. We call on the government to release them or their identities, so that they could be reunited with their families,” he said.