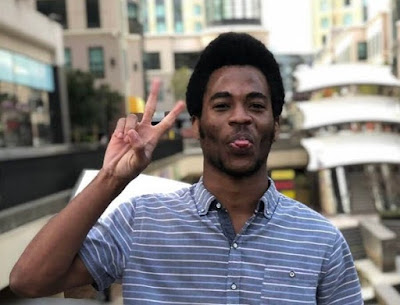 Ndubuisi Emmanuel Ikechukwu, a former student of the University of Lagos (UNILAG), says the institution “almost killed him” with frustrations over poor academic results.

Ikechukwu, who now works with Microsoft, an American multinational technology company, brought the revelation to light in a thread on Twitter.

It all started when a Twitter user initiated a conversation on the microblogging platform, asking other users to introduce themselves with what almost killed them in life.

Reacting to the post, Ikechukwu wrote: “Hi, I’m UNILAG”. He then buttressed his point with a screenshot of the transcript issued to him by the varsity.

The result of his last semester as a second-year student of electrical and electronics engineering at UNILAG showed that he did poorly in most of the courses he took at the time.

A breakdown of the result also showed that he had four Fs, two Es, three Ds with only one credit in the courses he took.

Ikechukwu has, however, continued to blaze the trail since he left UNILAG and reportedly travelled to the United States to further his study.

In a post in October, the young man flaunted a medal which he won in a hacking contest as well as his identity card as a staff with Microsoft.

how it started vs how it’s going :) pic.twitter.com/4mgFxyXdBh

His revelation has since provoked several reactions on Twitter, with many taking to the microblogging platform to also share their experiences at the institution.

“UNILAG breaks you. Then it slowly kills you. I’ve broken. Remaining death,” a user wrote.

“Many Nigerian public universities are the problems tbvh. The system makes you fell like you’re not doing enough, even when you actually put in your all,” another user wrote.

Below are other reactions:

Unilag students ranting of how wicked their lecturers are is crazy. Una lecturers still be upcoming ritualists beside OAU Lecturers. One time, one man said he added 20marks to everyone score cos to mass failure and my guy still get 19. Well, he fit don borrow 1mark before sha.

Unilag will make look dumb until you try other things!

All does lecture wey dey mark based on their mood and Ego!! Mass failure is a win to a lecturer in federal University!

Save your mental health stay Away from anything government in Nigeria!

I get many Unilag stories for head. I won’t lie to you, Unilag fucked up my life but I no fit talk now. Na Later.

Don’t blame Unilag for your dull brain. I’m also an Alumni of Unilag and I got good grades.

see, writing is my thing, but i may never find the words to describe how unilag ruined my life.

Lmao Nigeroans will tell you that's what they love about UNILAG and these other Federal Unis.

The Lecturers put you through suffering so you can grow like Batman, not like those private unis where everyone can pass and get first class. https://t.co/L9VT8Zes6u

The saddest part of this is that, if he was still in UNILAG, he would not have graduated yet. But he left and this young man has actually done a lot.

Do not let anyone lie to you, if you can, NEVER EVER GO TO A FEDERAL UNIVERSITY IN NIGERIA!!! https://t.co/kIRk5SHU6Z

PLEASE I AM ALSO A UNILAG STUDENT STUDYING ENGINEERING!
I'M IN NEED OF SCHOLARSHIP IF YOU GET ONE. I'M BRILLIANT , I HAVE A VERY GOOD G.P. OF 1.11 AND I DON'T KNOW WHY I HAVE BEEN STRUGGLING WITH SCHOLARSHIP SINCE YEAR1 ...I WOULD LIKE TO STUDY ABROAD IF I CAN GET SCHOLARSHIP.. pic.twitter.com/BH6Ckq7vGo