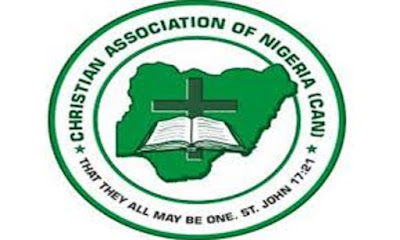 The Christian Association of Nigeria, CAN, 19 states and Abuja, has described those castigating the Christmas message of the Bishop of Sokoto Catholic Diocese, Most Reverend Father Mathew Hassan Kukah, as sectional zealots who see the trouble in Nigeria from their primordial views.

Recall that the Bishop of Sokoto Catholic Diocese, Most Reverend Fathy Mathew Hassan Kukah had accused President Muhammadu Buhari of crass nepotism like never experienced in the history of Nigeria.

Bishop Kukah, in his Christmas message titled, “A Nation in Search of Vindication” delivered in Sokoto on Friday, noted that President Buhari had succeeded in sacrificing the dreams of Nigerians on the altar of nepotism by pursuing Northern hegemony.

Rev John Joseph Hayab, Vice-Chairman, CAN, 19 Northern State and Abuja, in a statement, said, “CAN 19 northern states and Abuja has read with great shock attempts to further divide the nation by the Presidency, the leadership of MURIC and other individuals and groups aimed at twisting the crux of the homily Bishop Kukah gave at Christmas.

“Of grave misgiving is the baseless claim in a statement signed by the President of MURIC, Prof Ishaq Akintola, that Bishop Kukah had referred to Islam as a violent religion and calls for a coup.”

The statement lamented that for such a statement to come from Prof Akintola was not only laughable but misleading, with tissue of lies.

It said that records show MURIC’s leadership as often careless with assertions and many times acting as if it was a political platform instead of a religious one.

“CAN 19 northern states and Abuja, therefore, condemned in its entirety the misleading and inciting statements of MURIC and its likes calling on the international, as well as the local community to particularly counsel Prof Akintola of MURIC to learn to walk the path of honour and not be a merchant of crisis,” it said.

CAN emphasized that reading through Bishop Kukah’s “A Nation In Search of Vindication”, “it is unable to find any expression suggesting an affront to Islam or a call for a coup,” adding that sadly, “MURIC aims to incite citizens against one another along the lines of faith instead of denouncing the insecurity witnessed across the country which is the point Bishop Kukah’s message.”

“From the east to the south, west and all over the north, travelling has become a nightmare while hapless people are dragged from their homes for ransom,” the statement explained.

It noted that their memory “is fresh with the gruesome killings of 76 farmers in Borno State in early December 2020 whose crime was simply being farmers irking for a source of livelihoods for their families.”

CAN stated that the Kankara boys’ kidnap, with the excruciating pains the kids, their parents and school were thrown in, nothing was read from MURIC and their likes, stressing that “now from the blues as Bishop Kukah talked the truth to power, there are unscrupulous statements aimed at painting black a message that was clear and concise alerting the government of its failure on the security of lives and property of Nigerians.”

According to CAN, given the current happenings in Nigeria with kidnapping, banditry, horrible atrocities committed against hapless citizens by members of Boko Haram, Nigerians should be united in condemning and finding solutions to the awful condition that Nigerians are in as Bishop Kukah had rightly done.

It said it was time for the Presidency, MURIC, and misinformed individuals to eschew their intolerance and admit that Nigeria under Buhari had strayed from the path and vision that the independence of this great country was fought for and won.

“Let the government do the right thing by creating a sense of inclusion for all sundry, defending the citizens from harm, bringing an end to the growing insecurity in towns, cities, and villages that we could attain greatness together,” CAN advised.