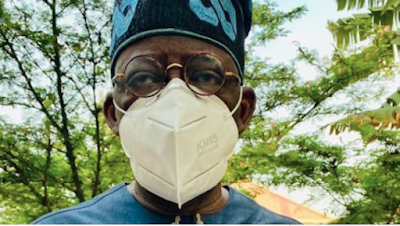 Supporters of Bola Tinubu, national leader of the All Progressives Congress (APC), has set up a presidential campaign council for him ahead of the 2023 general election.

This is coming a day after loyalists of the APC national leader led by Dayo Adeyeye, former minister of state for works, visited Lamidi Adeyemi, the Alaafin of Oyo, on Monday.

The group said they were at the palace to seek support for the 2023 presidential ambition of Tinubu.

The group were said to have moved ahead to set up a presidential campaign council on Tuesday in Ibadan, Oyo state capital, to push for Tinubu’s candidature.

“Our mission is political. Politics has started and everyone is scrambling. We, the Yoruba people, see it as our turn because it is the agreement that presidency would be rotational,” Adeyeye had said.

“We have both written and unwritten contracts. After President Muhammadu Buhari’s eight years, it is the turn of the Yoruba.

“In the south, we have south-east, south-south and south-west. We have a joker in the south-west and the joker is Asiwaju Bola Tinubu, who was part of the struggle for democracy. There are fundamentals of governance and we want someone who is versed in politics to go into the race. We see that Asiwaju Tinubu has the clout and he is qualified.”

In June, Tinubu said he had not taken a decision to run for president in 2023 contrary to speculations.

Although Tinubu has not declared that he will be running for president, the APC chieftain is rumoured to be nursing the ambition to lead the country in 2023.