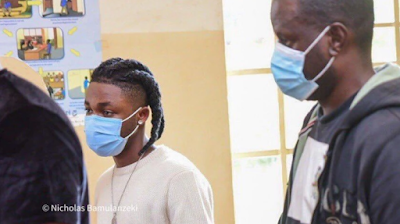 Nigerian singers Omah Lay and Tems have been charged to court in Uganda after they were arrested for performing at an unauthorized concert and disobeying COVID-19 protocols.

Omah Lay and Tems were arrested on Sunday, December, 13, 2020 after they performed at an event the previous night at the Ddungu Resort inside Munyonyo, Kampala City. 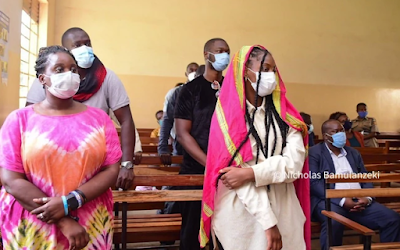 An emotional Omah Lay took to Twitter to narrate his ordeal and said he’s being given a fair hearing.

“I’m in cuffs in Uganda right now with Tems,” he said in a tweet.

“I’m just a singer trying to entertain, why am I being set up in Uganda? They are treating me like I killed someone. I didn’t organize a show, I came on stage and saw teeming fans and sang to them.

“Why am I being detained? Why am I not been given a right to a fair hearing?”

Why am I being detained? Why am I not been given a right to a fair hearing?

The singer also revealed that the police has stopped the Ministry of Foreign Affairs from securing his release.

Why is Uganda not letting @NigeriaMFA step into this? They have been trying to secure our release to no avail.

“Is there something bigger at play in Uganda? Why do I have to take the fall for it?” he also asked. 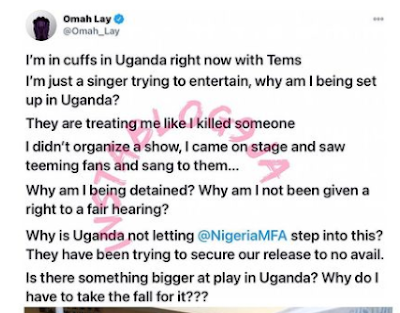 His series of tweets on Monday, December 13 was with a different tune from his tweet the previous day when he confirmed his arrest in Uganda and assured fans that ‘everything would be fine’.

“Yes I’m with the Ugandan police... something about the show from last night. Everything would be fine,” he said on Sunday.

It was news of Omah Lay’s arrest in Uganda that broke first on Sunday.

Public Relations Officer of the Ugandan Police Force, SP Patrick Onyango confirmed that the singer was among three persons arrested and detained at Katwe Police Station in connection to the concert.

The manager of the venue where the concert held and the show promoter were also arrested.

Police say the organisers got the show approved by stating that it was going to be a lunch and dinner event.