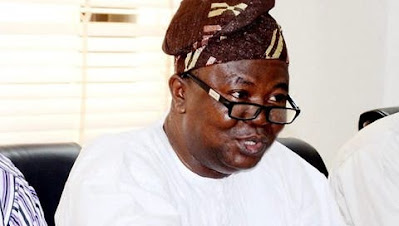 The President, Academic Staff Union of Universities, Prof. Biodun Ogunyemi, has said consultation is ongoing as regards the union’s response to the government offer of last Friday.

On Friday, the Federal Government agreed to exempt ASUU from the IPPIS and also increased the academic earned allowance to N70bn.

These and some others issues were the major grouse between ASUU and the FG.

Ogunyemi in an interview with The Punch explained that ASUU members across the country needed to determine the extent to which the government was planning to meet their demands.

“Consultation is still ongoing, we are still consulting. Those who will bring the results are still going about consulting, it is when they have finished consulting that they will collate and bring the report to us. People are in the field interacting with our members.

“If the demands have been met you would have heard. What is happening now is to determine the extent to which the government is planning to meet the demand.”

Ogunyemi also said it was not easy to suspend the ongoing strike as he does not have the sole power to do so.

Ogunyemi while reacting to the reports that ASUU would soon call off the over eight-month strike after the Friday meeting with the Minister of Labour and Employment, Dr Chris Ngige, said he was waiting for feedback from their members across the country.

He said, “I made it clear that I don’t have the power to call off the strike. It is when we get feedback from the branches, then we will collate the responses and get back to the Federal Government. That is why we always tell the government not to allow ASUU to go on strike. Before we go on strike, we would have issued several warnings.

“It is not easy for ASUU to suspend the strike; we have to go back to those who empowered us to declare it. It is not something the leadership will just go to the meeting and say, now we have suspended, it can never happen in ASUU, that is the difference between ASUU and other unions, everyone will have input in decision making.

“Our meeting on Friday was to give a report on the feedback collected from our members earlier in the week. We, as representatives of ASUU, are taking some new proposals from the government to our members. We shall return to the Ministry after consultation with the various organs of the union.”

He added that he was indifferent to all the government’s offers as the final decision rest with the members.

“I can’t say anything about the offers; we don’t say that to anybody. If I say anything on it, it will influence the opinions of our members, so let them do their assessment, we are just like messengers,” Ogunyemi said.