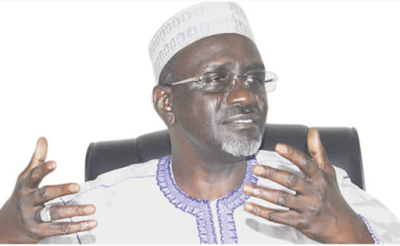 Former Governor of Kano State, Ibrahim Shekarau, has said Nigeria’s next president should come from the Southern part of the country.

He said by 2023, the President, Major General Muhammadu Buhari (retd.), who is from the northern part of the country, would have been in power for eight years, and “common sense tells that we should look the other side, to the Southern part of Nigeria”.

Shekarau, who represents Kano Central District in the Senate, added, “There is common sense expectation of balancing and giving everybody a sense of belonging and fairness.”

The All Progressives Congress senator, who spoke on Thursday while featuring on television programme, however, said reliable and competent hands should be entrusted with the responsibility of leading Nigeria in 2023.

When asked about his position on the growing call for a South-East presidency in 2023, Shekarau said, “I don’t call it zoning, I would rather call it some balancing. There has to be some sense of belonging. There is what I call the constitution of common sense.

“The Constitution of Nigeria or the constitution of any of the political parties didn’t say if I am from the North, my running mate must be from the South. It is not written but if today, I am a presidential candidate from Kano and I tell you my running mate is from Bauchi, you will say something is wrong with me.

“The presidency has just been from the North for eight years. Common sense tells that we should look the other side, to the Southern part of Nigeria. We should recognise the North and the South, this is elementary geography and history.

“Perception is what you have to carry along. If you continue to dominate on one particular side, the perception from the other side is, ‘What about me?’”

When asked if he has the intention to run for president in 2023, the one-time presidential candidate said, “I don’t know about that. We haven’t gotten there yet,” but quickly added, “I am already giving it some thoughts.”