Someone is going to get killed – US election official tells Trump 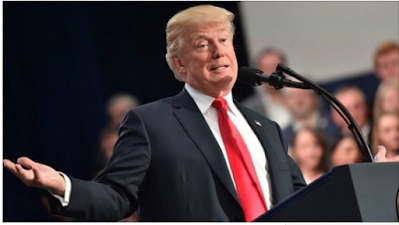 Gabriel Sterling, a Georgia election official, has stated that President Donald Trump will be held accountable for any violence relating to the United States election.

At a news conference in Atlanta on Tuesday, he condemned the President’s claim that widespread irregularities were perpetrated during the November 3 poll which Joe Biden won.

Sterling warned that the American leader’s attitude will get someone “killed”.

The Republican said a 20-year-old contractor in Gwinnett County for Dominion Voting Systems and his family had received death threats.

Sterling disclosed that he himself has a police guard outside his home.

He added that the wife of Georgia’s Secretary of State, Brad Raffensperger, was “getting sexualised threats through her cell phone”.

“Death threats, physical threats, intimidation, it’s too much, it’s not right, they’ve lost the moral high ground to claim that it is. You have the right to go to the courts.

“Be the bigger man here, and stop, step in, tell your supporters, don’t be violent, don’t intimidate. All that’s wrong, it’s un-American. It’s all gone too far! All of it! It has to stop!”, Sterling fumed.

“No-one should engage in threats or violence, and if that has happened, we condemn that fully”, Murtaugh said.

Georgia is conducting a second recount of votes due to Trump campaign’s request.

Biden, a former Vice President, was declared winner of the first count.

Aside Georgia, Trump is challenging the results in Arizona, Michigan, Nevada and Pennsylvania.