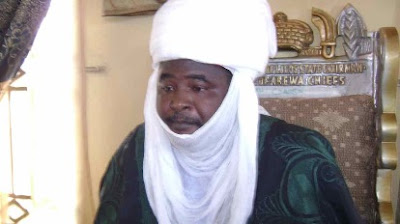 Alhaji Kabir died at the age of 57.

Reacting, Governor Babajide Sanwo-Olu, in a tweet via his Twitter handle on Tuesday, expressed sadness over Kabir’s death.

“I join the family, friends and the entire Arewa Community in Lagos to mourn the passing of Sarkin Hausawa, HRH Alhaji Muhammadu Sani Kabir, at the age of 57,” Sanwo-Olu tweeted.

“Late Kabir was a visionary leader and grassroots mobiliser who served as Vice Chairman and later Acting Chairman of Mushin Local Government.

“His major contribution was his tireless fight for the promotion of democratic government in Nigeria as a prominent member of the National Democratic Coalition (NADECO) during the June 12, 1993 presidential annulment struggle.

“He was a seasoned journalist and co-founder of Tempo and The News Magazines.

“May his soul find rest with God.”You