Rivers APC gets new leadership, vows to crush Wike in 2023 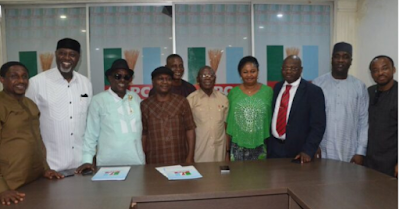 The All Progressives Congress (APC) in Rivers state has inaugurated a new leadership at the state, local government and ward levels, vowing to crush Nyesom Wike, the governor, in 2023.

Speaking after the inauguration of state party executives and local government caretaker chairmen in Port Harcourt, the state capital, Abbot-Ogbobula said there is no crisis in APC, adding that the party is set to take over the state from the Peoples Democratic Party (PDP).

“The leadership and state executive committee of our party, we congratulate you on your emergence. I urge you to abide by the provisions of the constitution of this party in the discharge of your duty,” he said.

“Ensure you are firm and do not carry out your duties with favour or prejudice on any member of the party. You are required, directed and mandated to go back today to go back to you LGAs and swear in caretaker committees of the LGAs.”

While addressing journalists, Abbot-Ogbobula said the new leadership will rebuild the party for efficiency ahead of 2023.

He said the party would win all the elections in the state subsequently, adding that the new leaders were carefully chosen to deliver results.

“The leadership of the All Progressives Congress, APC, dissolved all the structures of the party at the state, local government, ward and unit levels,” he said.

“There is no crisis in APC Rivers state. We are together under the leadership of Rt. Hon. Chibuike Amaechi. We have disagreements here and there but we don’t have crisis. We have just one APC in Rivers State and one APC in Nigeria.

“The party will take over the Rivers State Government House, the Brick House in 2023. The APC will produce the next president of the country come 2023. Igo Aguma is inconsequential. There is no faction in APC. 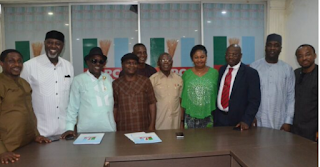 Speaking on behalf of the inaugurated LGAs chairmen, Chuks Iwori promised that the new leaders of the local government areas would deliver on the tasks ahead of them.

“The mandate you have given to us we will deliver on it and take over this state by the grace of God almighty,” he said.

In his goodwill message, Andrew Uchendu, senator representing Rivers East, charged the committee to be diligent in the discharge of duties.

“I am quite happy to be here and join the chairman of the party in the state to congratulate you all. You have been given the sacred duty to take the party to the next level, don’t fail us,” he said.