Reps rush through passage of 2021 budget, MTEF before embarking on holiday 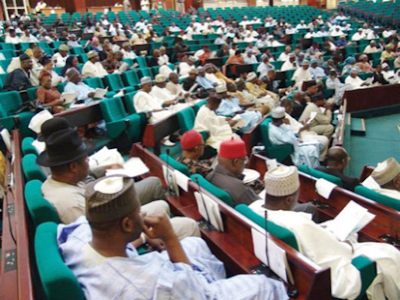 The House of Representatives on Monday passed the N13.58 trillion budget for 2021 before embarking on its Christmas/New Year holiday, to maintain the January 1st to December 31st fiscal cycle.

It will be fair to describe the process as ‘rushing through ‘ as the Presiding officer, Femi Gbajabiamila did not even allow the usual practice of giving a synopsis of the report.

The exchange rate benchmark was pegged at N379/$ and crude oil production at 1.86 million barrels per day (including 400,000 barrels of condensate) at $40 per barrel, as proposed by the executive.

The bill was also passed through third reading before adjourning for the year.

Speaking at the end of the plenary, the Speaker, Femi Gbajabiamila said that despite the hit against the Nigerian economy, Nigeria is doing better than most countries.

He praised the members of the National Assembly for the passage of the 2021 bill to continue the January-December budget cycle.

Following the bill passage, the House has now adjourned its sittings until the 26th of January, 2021.