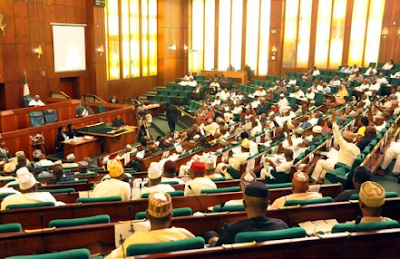 The House of Representatives has forced down a bill to amend the constitution to put an age limit on some elective posts.

The bill sought to put a cap of 70years for anyone running for the office of the President and 65years for the National Assembly.

The bill was sponsored by Bede Eke from Imo State.

However, members of the House rejected the bill before the sponsor could even debate the bill.

It took the intervention of the Speaker, Femi Gbajabiamila for the debate to be allowed.

Leading the debate, Eke said the bill intends to create a buffer zone for the Not Too Young To Run law. He explained that old people are occupying the space for young people.

“We had some challenges recently with the Endsars protests, and we are aware of their demands. Our youths will celebrate this house if we should pass this bill.

“You cannot talk about Not Too Young To Run when people are occupying the places.”

Opposing the bill, the minority leader, Ndudi Elumelu said the bill is discriminatory, adding that it is inconsistent with section 42 of the 1999 constitution.

Also speaking against the bill, Uzoma Abonta said instead of putting a limit, the age bracket should be expanded to accommodate more people by reducing the age to contest to 23years. He, therefore, advised the sponsor of the bill to either step it down or it will be voted on.

Jimoh Babajide and Ahmed Jaha also advised the sponsor to withdraw the bill.

Consequently, the sponsor of the bill withdrew the bill.