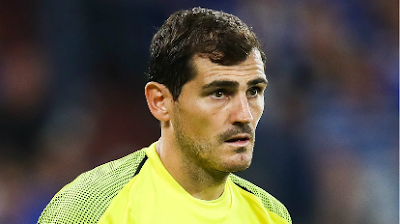 Real Madrid have announced that the club’s legend, Iker Casillas, has joined the Los Blancos Foundation as deputy to the CEO.

The La Liga champions made this known in a statement via its website on Tuesday.

The statement read: “Real Madrid CF announces that Iker Casillas joins the Real Madrid Foundation as deputy to the CEO.

“Iker Casillas is a Real Madrid legend, he represents the values of our club and is the best goalkeeper in our history.”

“For Real Madrid, it is a pride to receive one of its great captains back home.”